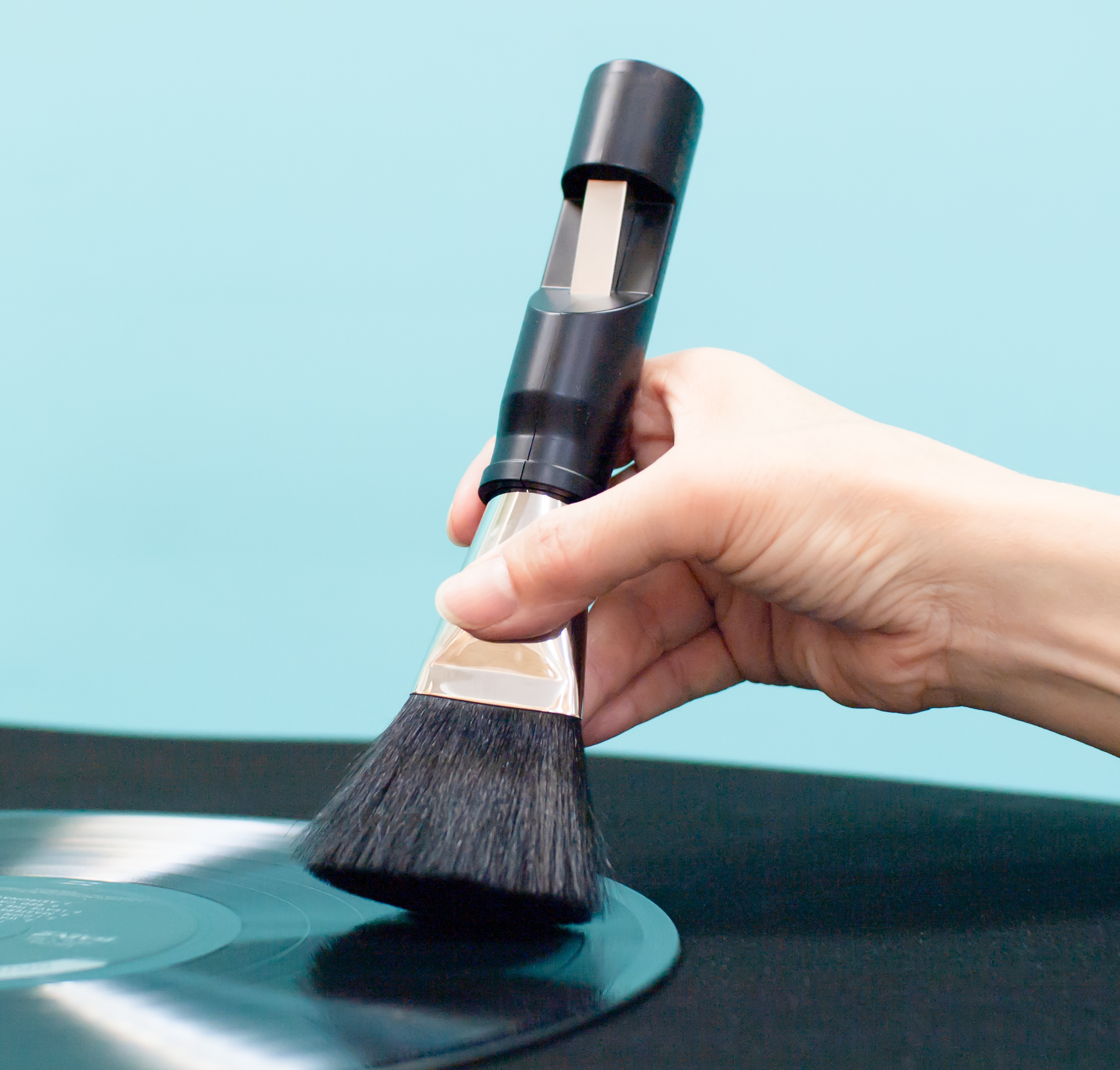 A revolutionary static eliminating brush with a built-in ionizer for audio and video applications.

The ASB-2 ion is a revolutionary static eliminating brush incorporating the world's only core-and-sheath composite conductive acrylic fiber “COREBRID TMB” developed by Mitsubishi Chemical Corporation.
The ASB-2 ion deals a double blow to static with its dual static removal process: first, through corona discharge and second, a flow of static eliminating ions, allowing you to enjoy improved sound and image reproduction from your disc media (LPs, CDs, and Blu-ray discs). This revolutionary product solves in a simple brush and a pull of the lever the problem of electrostatic noise deteriorating sound and image quality.

Features:
Incredibly compact in size for an ion generator (Battery-free design: no power source required) the ASB-2 ion generates its own voltage with a piezoelectric element, eliminating static potential difference with a flow of positive and negative ions from a single lever operation.

Most antistatic brushes remove static electricity through corona discharge. However, brushing disc media to remove dust can often generate new floating static fields. The ASB-2 ion solves this problem with a final static eliminating punch – a built-in ionizer emitting a flow positive and negative ion, eliminating any static generated while brushing your disc media. The ASB-2’s built-in ionizer sends a flow of positive ions from the top of the brush handle when the lever is pressed and negative ions when the lever is released. The ASB-2 ion requires no batteries and can be used over and over again.

Optimized brush design for analog records:
Core-bridged TMB is an extremely thin short fiber with an outer diameter of only about 30μm. The bristles are thinner and more delicate than hair with a 50% mix of natural wool used to give the bristles more body. The bristles of the ASB-2 ion have been designed to penetrate deep into the grooves of analog records to remove hard-to-get-to dust.

Safe for use on sensitive equipment and componentry:
The highly electrical resistant surface of the fiber (core-and-sheath composite conductive acrylic fiber) reduces the risk of short-circuit when used on sensitive electronic components.